Buyers can decide to import cars because of various reasons. One is that used cars offer a cheaper alternative to cars which are available locally. Many dealers have numerous operating costs and this results to high prices for each automobile unit. When you decide to import your own automobile, the cost is cheaper by a few thousands in Australian dollars. Another leading reason why people import cars is due to the numerous options that they have. As such, there are several types of buyers who import cars.

An increasing number of people are making applications to the Australian authorities to import vehicles. A leading reason why people prefer to import their vehicles is that you can get access to the latest models which are not yet available locally. However, it is important to make an application for a vehicle import approval for the car. Without this application, there is no way that the border authorities can release the vehicle to the buyer. You should, therefore, make sure that you seek proper documentation and guidance before making the decision to import a car. Additionally, there are Registered Automotive Workshops (RAW) that import used vehicles on behalf of individual buyers. Only a certain number of used vehicles can be imported into the country, and this information can be provided by the RAW.

These are companies that buy cars in large numbers to resell to other clients. Such buyers represent the largest category of car importers in the country. The advantage of commercial buyers is that they have numerous financial resources which make allows them to import a large number of cars which meet the minimum safety requirements accepted by the Australian authorities. Reputable commercial buyers are the best source of imported cars for new car buyers in the country.

Various companies have different needs, and this often leads them to import cars which are ideal for their functions. An example is the army, which requires specialty vehicles to perform their duties. Some of the armoured automobiles which are used by the army cannot be purchased in regular car dealerships and can only be supplied by specific dealers. Additionally, international organisations like the United Nations also required specific types of vehicles to fulfill its obligations within Australia. The law has exemptions which allow such institutions to import automobiles that are not available to private buyers. 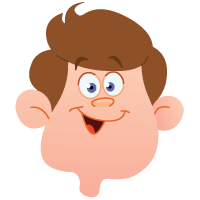 I drive a lot of miles each week for work and it's important that my car is very reliable, both for my safety and for managing my time. My old car was not that reliable and I found that I lost a lot of my time sitting by the side of remote roads waiting for roadside assistance. This blog shows some of the best reliable cars you can find in Australia in a range of sizes and budgets. I hope it will be useful to anyone who is looking to buy a 'new' secondhand car and needs a reliable auto model.